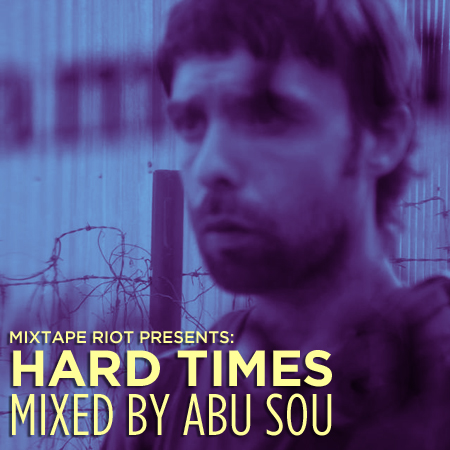 I met Abu Sou (aka Breixo Barros) in a record store in Barcelona last Spring. We were digging through soul 45’s next to eachother and started a conversation. It was clearly meant to be, because within 5 mins I learned that he not only knew who I was, but had my music and was just as crazy about funky global disco sounds as I am. I ended up staying with him in BCN for several days, getting shown around properly, and was introduced to a bunch of his friends who are also all record junkies and music fiends. A sweetheart, a rebel, and a sound explorer, Abu Sou can be heard on his ScannerFM podcast or deejaying parties regularly in BCN. I’m happy to present this live mix he put together exclusively for Mixtape Riot– 67mins of funky disco, soulful house, and global goodies. He calls it “Hard Times”  because “Disco and House always grow on very bad social situations, like now in Spain.”