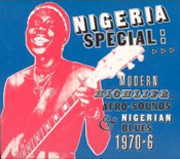 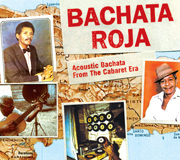 Delta 5 :
taken from the compilation Disco Not Disco on Strut (2008)

Set The Tone :
taken from the compilation Funky Nassau on Strut (2008)

Sonora Casino : Astronautas A Mercurio
taken from the compilation Obsession on Bully (2008)

The Funkees : Akula Owu Onyeara
taken from the compilation Nigeria Special on Soundway (2007)

Juan Bautista : Estoy Aqui Pero No Soy Yo
taken from the compilation Bachata Roja on iASO (2007)

Is it just me, or are there a higher percentage of compilations to new releases nowadays? It feels like the market for re-issued recordings is catching up with the market for brand new material- could just be my twisted, old-timer perspective though. Whatever the case may be statistics-wise, I’m certainly happy that there are so many other people devoting themselves to putting together great collections like these.

STRUT RECORDS IS BACK! And I’m gonna shout about it. These guys put out some really enlightening comps when I was first getting into DJ-ing, and then in ’03 they closed up shop. This latest enstallment of the Disco Not Disco series brings us more hard to find indie 12″ cuts from an era when lenghty dubbed-out, electro dance music could be considered punk. On Funky Nassau, Strut pulled together a wide range of work from Chris Blackwell’s Compass Point Studios in The Bahamas to shed some light on a scene that I have always had a soft spot for. From big names like The Talking Heads and Grace Jones to lesser-knowns like Guy Cuevas, this record captures some of the best fusions of dub and new wave that came out in the early 80’s. It’s the sound of of NYC’s greatest party acts chilling out on the beach in a cloud of weed smoke with some of reggae’s MVP’s (Blackwell & Sly Dunbar).

The Obsession comp was tastefully pulled together by Mike at Academy Records, which has long been one of my favorite places to get schooled on cool records- and often take them home at reasonable rates. Wild psych monsters from the far reaching corners of obscurity is the bill here, and there’s really nothing short of behemoth in the line-up. Track by track liner notes with cool pics help too. This track from Sonora Casino is one that I’d heard about as a mythological anomaly for quite some time now, and finally can listen to on repeat!

Soundway really don’t need much introduction or explanation on this site. Everytime they put something out you can guarantee that you’ll be getting more than your money’s worth. These dudes are some of the heaviest collectors out there. While the set this time is less focussed on funk and dancefloor material, the overall vibe and richness of sounds is top quality.

And finally, something that is long overdue: a collection of old school acoustic bachata! Some readers might remember my discovery of Luis Segura a few years back on a trip to the Dominican Republic. And while I do not intend in anyway to detract from that man’s genius, I also have always had the nagging suspicion that his sound was part of a bigger scene that I needed to dive into. The soulful, pleading falsetto. The bouncing bongo taps and staccato guitar plucks. THIS IS THAT SCENE! The music that was banned under Trujillo, that survived in the campos and made it to the city and finally onto records in the 60’s. And to my knowledge, this is the first time that any of these songs have been available outside the DR. Thank you iASO.