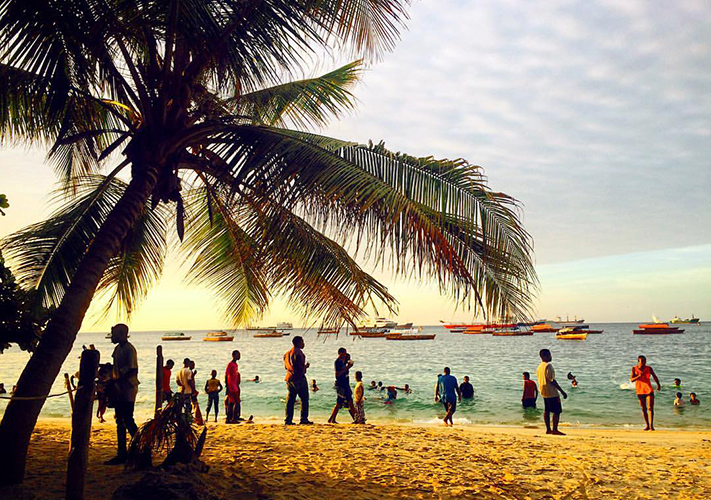 Daaaaaamn I know, so so long no posting music! I apologize. Took a short trip to South Africa to play at the extremely wavy Little Gig Festival, hang out with some homies, and meet new friends (including some folks who read this blog). Came home to mass protests at the airports and generally insane political turmoil. Did a few shows back here in LA and have been in the studio cooking up a new EP (stay tuned) while the Chico Mann collabo album “Night Visions” gets closer and closer to release day- FEB 24th! We are planning a release party for March 16th here in LA, so all you local people, mark your calendars and tell a friend to tell a friend, more info soon. As for today, I put together a long-overdue playlist of some of my favorite semi-recent Afrobeats joints (primarily from Nigeria) which have been staples in my DJ sets for a while now. The influence of this recent Naija music explosion has been massive- hitting Jamaican and US pop music hard. Sometimes blatantly (Busy Signal flipping “Personally” into “Professionally”) or sometimes a bit more subtly (recent hits by Alicia Keys, Drake & Rihanna & PARTYNEXTDOOR that clearly take inspiration). The most recent Major Lazer single “Run Up” had me doing a double take due to it’s similarity to Maleek Berry’s “Kontrol”– I hope he’s getting credit/paid off that one! Those of you who know me, know that I generally am in support of this kind of cross-pollination, especially when it means a proliferation of these Afrobeats that I survive on, but I am curious to see if 2017 will truly be a year of African music takeover. If so, I want to make sure to keep spreading the original Naija joints so informed people know where to give credit when Diplo gets another grammy. Finally- had to drop a couple classic South African tunes in at the end, keep following the roots! Pic above comes courtesy of my homie Abhay who I met last year in Singapore then reconnected with in Cape Town and now he’s traveling through Zanzibar & Mozambique starting a record label.