Kick Out The Chairs 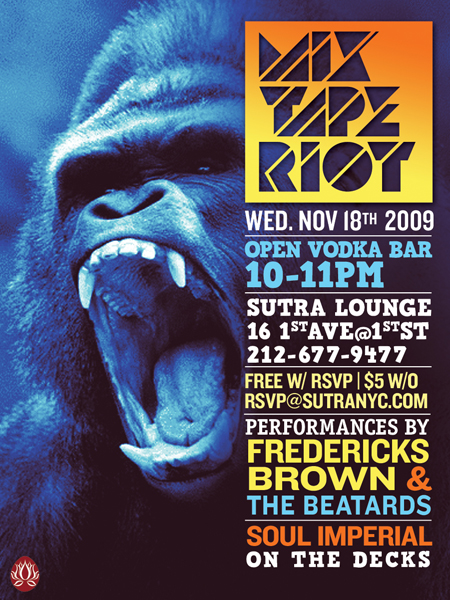 One of my favorite things about putting on this party is when I find out about a new artist, post up their music here on the site and write something like, “these guys would be great at a Mixtape Riot! Party”, and then 2 months later it happens! Â Fredericks Brown caught my ear with their afro-beat infused soul banger “Betrayal” a little while back and tonight I get to hear them do it live. You can too if you come out! In case you still need convincing, check a bit of footage from last month’s jumpoff. And as a musical offering, a couple tracks from this funky producer that I’m just finding out about way late- MUNK. And yeah, he would be great to have at a MTR party…