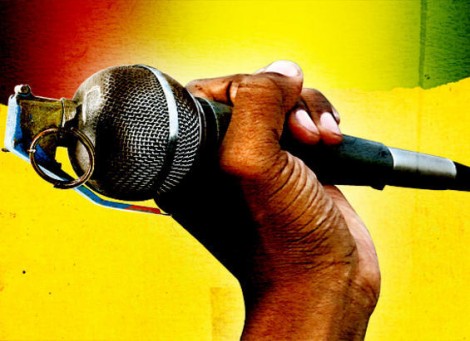 My good friend Skyla Stover has been lacing me with the latest Jamaican music on a monthly basis for a few years now. I’m not even sure how she stays so in touch with it while living in Brooklyn, but I think it’s safe to call her an aficionado. I asked her to write about some of her recent favorites for MTR:

“Dancehall music is not all that well known among us in the US, although it is increasingly becoming more popular these days. Most people have heard classics on the radio like Shabba Ranks ‘Mr. Lover Man’ , Beenie Man ‘Dude’ , and more recently, Â Gyptian ‘Hold Yuh’. These hit songs are only a taste of the fun, dance-loving, Jamaican culture that produces hundreds of songs each month. A new development in dancehall culture, as of 2008, is the feud between two of the hottest artists- Vybz Kartel and Mavado. It began at Sting, one of the biggest shows held in Jamaica. Mavado and Vybz Kartel, who were once part of an alliance, battled their artistic skills lyrically against one another. It ended in a confusing mess of who won and now, three years later, there is still a beef. Fans choose between Vybz who is part of the Gaza side or Mavado who is part of the Gully side. You now hear many songs about Gaza/Gully (areas of Jamaica) and here are some to get you started! Lets not forget Jamaica, although a troubled country, is still full of beautiful people, great music and love. Keep hanging on Jamaica!