You Don’t Have To Dance 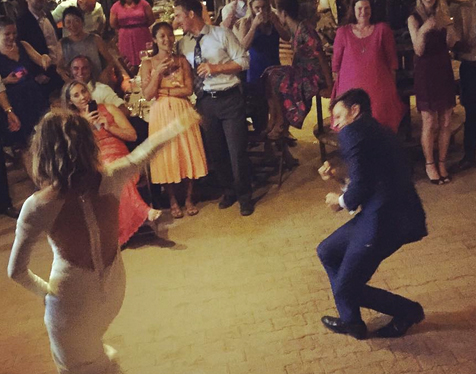 Wowowowow. Ok, that may officially be the longest I’ve gone without blogging since I started Captain’s Crate way back in 2005!!! Apologies, but life happens. And it’s been happening in a very major way. I got married in Mexico and it was mind blowingly fun. Still overwhelmed by the love from so many family and friends all being in one place, celebrating with me and my girl (my wife!). Now I’m kind of getting back into the swing of things, but not really, because the 2 of us head to Asia for 3 months starting in October. I will be able to do plenty of blogging while there though, but most of my other daily routines will be drastically altered, which I’m pretty excited about. For now though, a long overdue helping of some of my favorite songs I’ve discovered and had on repeat lately. Some of these are from the past Summer, but I’m gonna be playing catch up for a while I think. Nothing too dance-y today, more on the deep, soulful, trance-inducing chill tip.

And on another note altogether- I have a new Captain Planet album out! My homies at Bastard Jazz records have compiled 12 of my favorite CP remixes from the past 3 years and put them all together on heavy 2xLP vinyl and digital (iTunes, spotify…).  If you’re a regular reader here you may have heard most of these songs before, but be a friend and support! Spreading the music is always appreciated.

Bosq :       Because You ft. Danielle Moore
funky new EP from this half of the Whiskey Barons duo

Shigeto :       Pulse
deep deep and deeper from this Detroit maestro

Nicola Cruz :       Mantis
really great stuff coming out from this Ecuadorian, we may be doing a remix swap in the near future…

Yuna :       Falling
slept on this soulful Malaysian pop star for too long

Hermitude :       Ukiyo
this Aussie duo has a new album and it’s their best work so far

Tame Impala :       New Person &       Cause I'm A Man
speaking of Australia… what the hell is going on over there? This album on repeat many times

CéU :       Sonambulo &       Grains de Beaute
suuuuuper slept on this one from Brazilian chanteuse. Reggae, dub, and funky textures all over this album