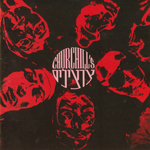 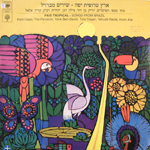 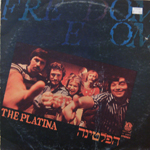 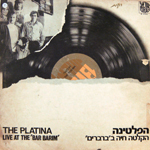 Here’s a few more things I discovered in Israel. From these crazy hard psych-out nuggets by the Churchill’s (supposedly one of the most in demand psych records), to the impeccably well borrowed Brazilian swag (sung in HEBREW no less!) of Matti Caspi & crew, to the heavy alternate time signature funky fusion jazz of The Platina– Israeli has heat. Back in the frigid NYC environs where it’s dificult to motivate myself to step outside without whiskey running through my veins, I’m in dire need of this warmth.Â

Be forewarned as well- Murphy’s Law and I accrued an insane stack of mind melting Turkish pysch and funk records at the end of our trip while wylin’ in ole Istanbul. Â Expect a new FUNK BROS mix soon, and a post with some particularly audacious tunes from the bunch.Â