A Different Cut of the Same Stone 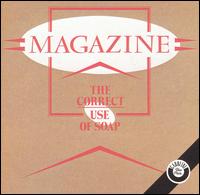 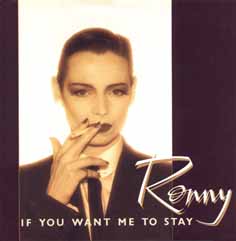 Artistically speaking, I think a lot can be said for a band that can pull off a good cover. A delicate balance exists in the act of re-imagining somebody else’s art: how much to keep, how much to leave; how to imprint the mark of one’s originality without forsaking the historical precedent of the O.G. A good musician will pull and tug certain parts as if from clay so that the resulting form, hewn from the same elemental parts, exists completely anew.

These two covers resonate for me with particular potency for a few reasons. For starters, they happen to be two of favorite Sly & The Family Stone songs of all time. I love too that the music, both original and redone, emerged in similar contextual environments — albeit ten years apart — at the tip of the proverbial spear in their respective genres. These were highly innovative sounds or, at the very least, great examples of recent innovations in the “new” worlds of Funk (a style Sly was instrumenal in creating) and Post-Punk or New Wave (a sound which Magazine pioneered). (Ps. If you’re unfamiliar with either of these mavens, don’t tell anybody; run don’t walk to the nearest record store and drop a few bucks for your own sake.)

“Thank You” comes off Magazine’s 3rd LP, which finds the band in full stride as a juggernaut of the kind of synthy, drum and bass-heavy instrumentation that would inform the sounds of later bands like A Certain Ratio Â and New Order.Â Having left his punk roots behind with the Buzzocks,Â frontmanÂ Howard Devoto’s stripped down arrangements bring to mind a similar phenomenon which occurred a decade earlier as the frenetic pace of barnstorm funk streamlined into its leaner early 70’s mode. It’s no wonder DevotoÂ chose to re-work this material; likely he recognized in Sly Stone certain elements of himself.

As for Ronny… Okay. So the French model-turned-scenester-turned-singer doesn’t exactly reek of “maverick” (survey any given street corner in Williamsburg and you’ll find more of these types than you could shake a fist at), but, for whatever it’s worth, ol’ girl hits this one out of the park. (The sexy breakdown and the subsequent build absolutely KILL IT.) One of only a small handful of singles she recorded under the musical direction of impressive figures like Vangelis andÂ Yellow Magic Orchestra, this explosive composition and unique delivery on a classic does well to cement her into the annals of history, if only as a pretty, androgynous footnote.Â
Magazine:Â       Thank You (Falettinme Be Mice Elf Again)
Taken from the album “The Correct Use of Soap” on Virgin (1980)