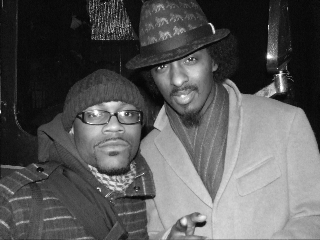 Mixtape extended fam, Chen Lo, hit me up with this official remix of ABC’s, the single off K’Naan’s recently released Troubadour album. I’ll be honest. I didn’t even know who K’Naan was until I caught his set at All Points West last August. But the dude’s got one of those ill voices that reminds me of K-Os or any of the higher-frequency registering members of Jurassic 5. And as usual, Chen does his thing on this track, which is bult on a hype horn-laced beat that sounds like it could have been sampled from a Mulatu joint (who wants to check?). I’m lovin the kid-sung hook and Lo’s reference to Somali pirates. These two artists make a dope team and I hope to hear more collaborations in the future.