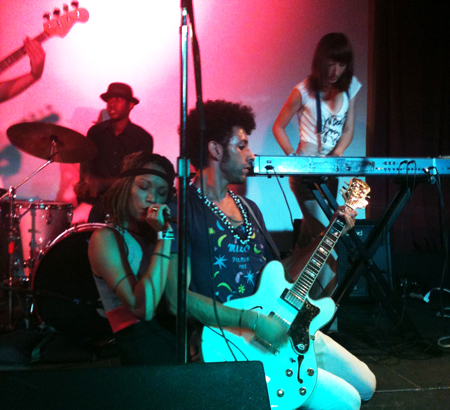 Funny how my paths have continued to cross with this man’s. Before the many mutual friends we now share, I had randomly gotten a CD of his old band and sampled it to make the beat for one of the earliest Beatards songs. Later in LA, he was in the crowd at the Roxy when I performed that song. The small world always gets smaller. We then worked together on a yet-unfinished track for soulstress Brit Manor (the girl with dreads singing in the pic above) and now his band is KILLING the game down here in “Hell A” (yes, it was 113 degrees downtown this week and I don’t have AC or a fan yet). Anyway, look out for these guys, you will be hearing more funky stuff from them soon…

(if the Emotionals EP was available online I’d link to it, but sadly it’s un-google-able)