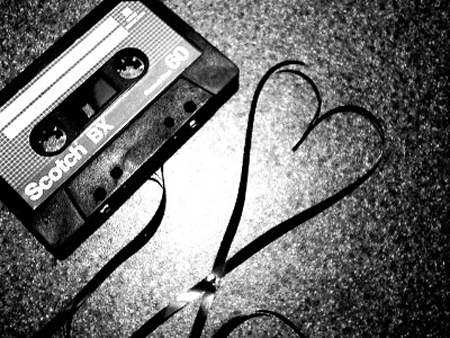 Ok, this is an unofficial survey: I’ve been having a strong hankering to press up a limited edition mix onto an ACTUAL CASSETTE TAPE. Would people even be into this? Not just any old mix, but something entirely eclectic and verging on epic, remember when mixes did that? I figure I could provide a limited MP3 download code in the liner notes so if you bought the cassette you could get a digital copy as well. I don’t know, call me crazy, but I personally would love to have a new cassette to put in my boombox (and to whisper sweet nothings to late at night when we’re alone- just me and my cassette tape). I know it would be a serious niche product, but I guess I’m wondering if the niche is just me, or if there are a few other people who would be in the niche with me. Anyway, listen to today’s tunes, and then picture hearing them in a dope mix with all the other crazy shit you hear on this site- playing off an ACTUAL CASETTE TAPE! Let me know if you would join my niche and purchase one for $5.

Roxy Music :       Love Is The Drug (Todd Terje Disco Dub)
and yet again, this dude continues to slay everything in his path.

Eli Escobar :       Anniversary
possibly the best track yet from NYC’s steady hustlin Mr. Escobar. Get the whole EP here thanks to Dither Down.