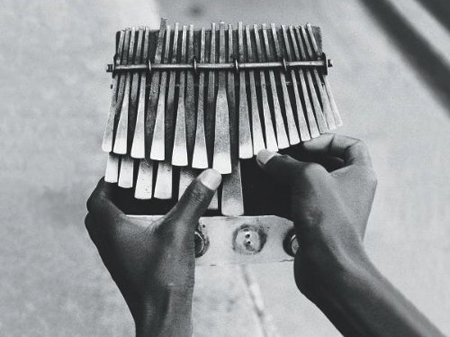 This morning I’m getting on a plane to Eugene, Oregon where I’ll spend the week hanging out and recording with one of my favorite living musicians: Thomas Mapfumo. Yeah, it’s hard for me to believe too. I’ve been really hesitant to mention this, even to close friends, for fear that somehow I’d jinx myself and it wouldn’t happen, but now it’s here. More than likely, you’ve never heard of Mr. Mapfumo– he’s not exactly a household name, at least outside of Zimbabwe- but for me he’s up there with James Brown and Bob Marley and a handful of other legends who have totally shaped my musical world. While I grew up with a fair amount of African music being played by my parents (Graceland counts in my book), it was a Mapfumo “best of” cassette tape that I had while driving cross-country at age 16 that really blew my mind and set me on the path to discovering more African music on my own.

Over the years, while I continued to explore and fall in love with more styles from throughout Africa and the diaspora (Highlife, Afrobeat, Juju, Jive, Soukous, Mbalax, Kwaito, Benga…) I still have always felt some unexplainable deep spiritual connection to Mbira & Chimurenga music (if you share my obsession, this might interest you). I don’t know why, wish I could explain it. Maybe it was just that trip and that one cassette, maybe it’s the power of Mapfumo. Anyway, I don’t need to ramble on and get trippy-hippy with you, but this is a big week for me, regardless of what comes out of it. I’ve posted a few of my favorites on this site before. Today I’m sharing some other Zimbabwean tunes I absolutely love as well as some recordings from when Stella Chiweshe was a guest on my college radio show (back in 2003! holy crap I sound so young). I included one clip in particular where I ask her about the future of Chimurenga… foreshadowing a bit right?