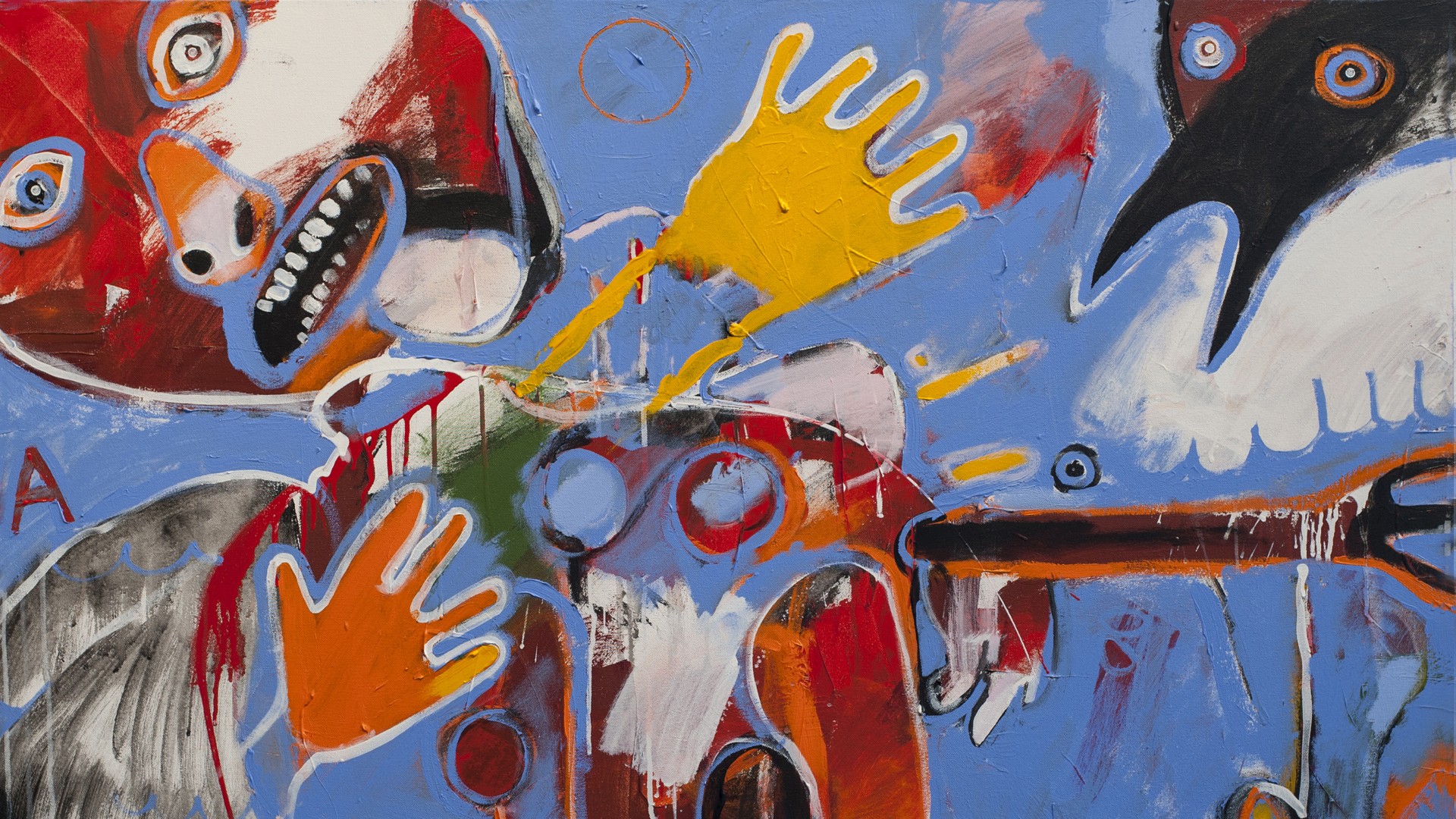 Perhaps my most played contemporary artist this year (at home at least) was Amber Mark. Really looking forward to hearing what comes next for her, and in the meanwhile I’ll keep returning to this goodie when I need that upward boost. Also stoked to hear freshness from one of my favorite bands of the past decade- Little Dragon. The new 3 song EP has only top notch brainfood. Then we go to some older random pop funk I recently stumbled on, a very tasteful Afro-Baile-Dembow remix by the homie Uproot Andy and a collabo made in heaven from Diplo & Mr. Eazi. As the energy picks up, I felt it appropriate to drop a shot of badass house followed by a chaser of beautiful Detroit electronic soul from the maestro Waajeed. Taking things down, and going really deep, we get otherworldly with a recent cut from my friend Atropolis whose new EP (like all his material) does not disappoint. Finishing off with an absolutely gorgeous song that I keep coming back to by Cape Verdean chanteuse Mayra Andrade with spacious production from global bass don Branko. OK, just music for you all today, no rants on the state of the world, accompanied by a cool painting by Rick Bartow who has a show up at the Autry Museum here in LA definitely worth checking.

Give It Up For Love

Here’s your weekly injection of inspiration along with a solid supply of sonic survival tools. It’s heavy out here, so stay seeking the good stuff, then share it and spread it some more. Some chill vibey tracks today, mixed with a touch of classic funk, some dirty bass, a bit of uplifting house music, and some soul salve to heal the nagging heartaches. Artwork above comes from the talented Adebayo Bolaji, check him out. 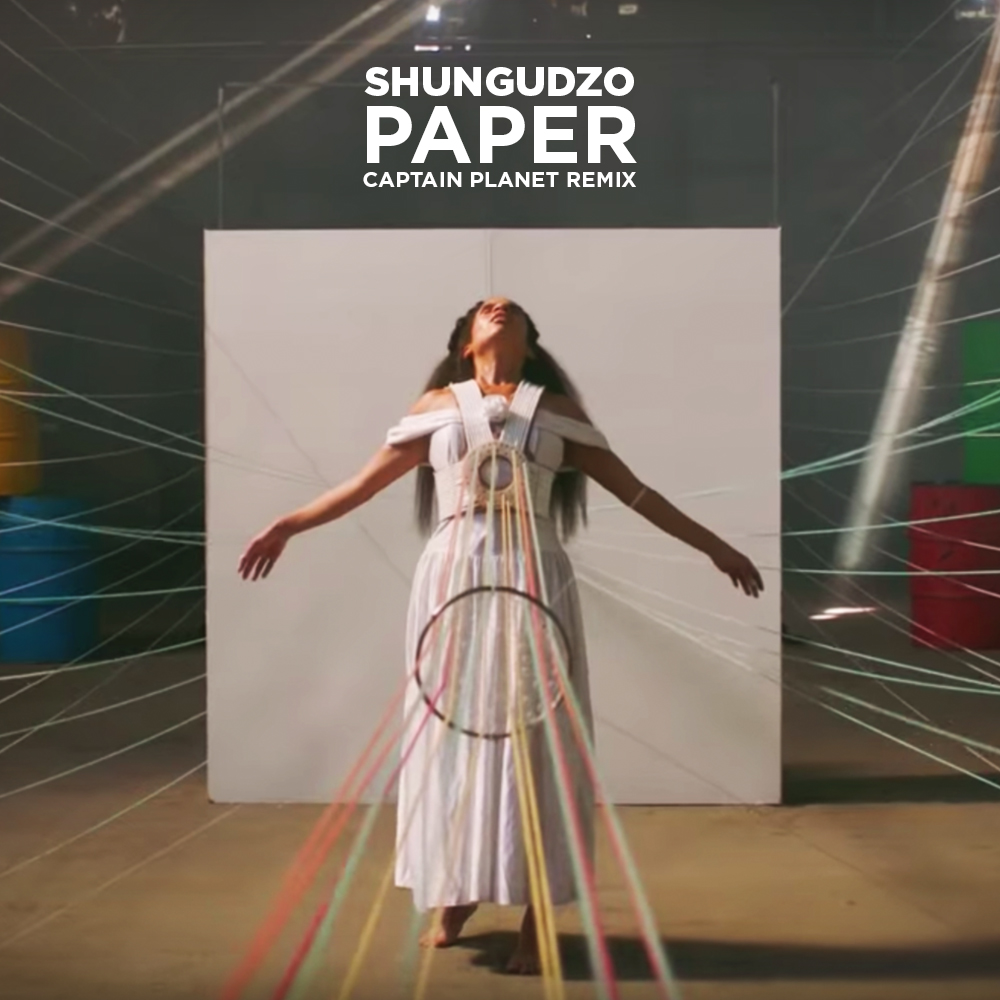 Here we go, on the eve of a very major election here, I’m trying to keep my calm and dispel the anxiety with positive thoughts- like the release of this remix I did for the super talented Shungudzo. Her original song “Paper” (and the accompanying music video) was so good, I wasn’t sure how I could improve it, but after hearing that she’d been listening to a lot of Nigerian disco lately, I figured that was my angle in. So here’s a great song, completely reworked stylistically, from an artist who you will most certainly be hearing more about soon. We’ve got some original collabo’s in the works, plus she’s responsible for the really dope title track off the latest Rudimental album (a song which can easily serve as a rallying cry for everyone out here trying to steer away from Trump’s divisive, racist, fear mongering rhetoric). With that in mind, let’s have a toast to all our differences while turning up the volume on this one and reminding ourselves that yes, indeed, there is something much greater than paper!

If you dig it, please support! Available on iTunes, Spotify and errywhere else good music exists… 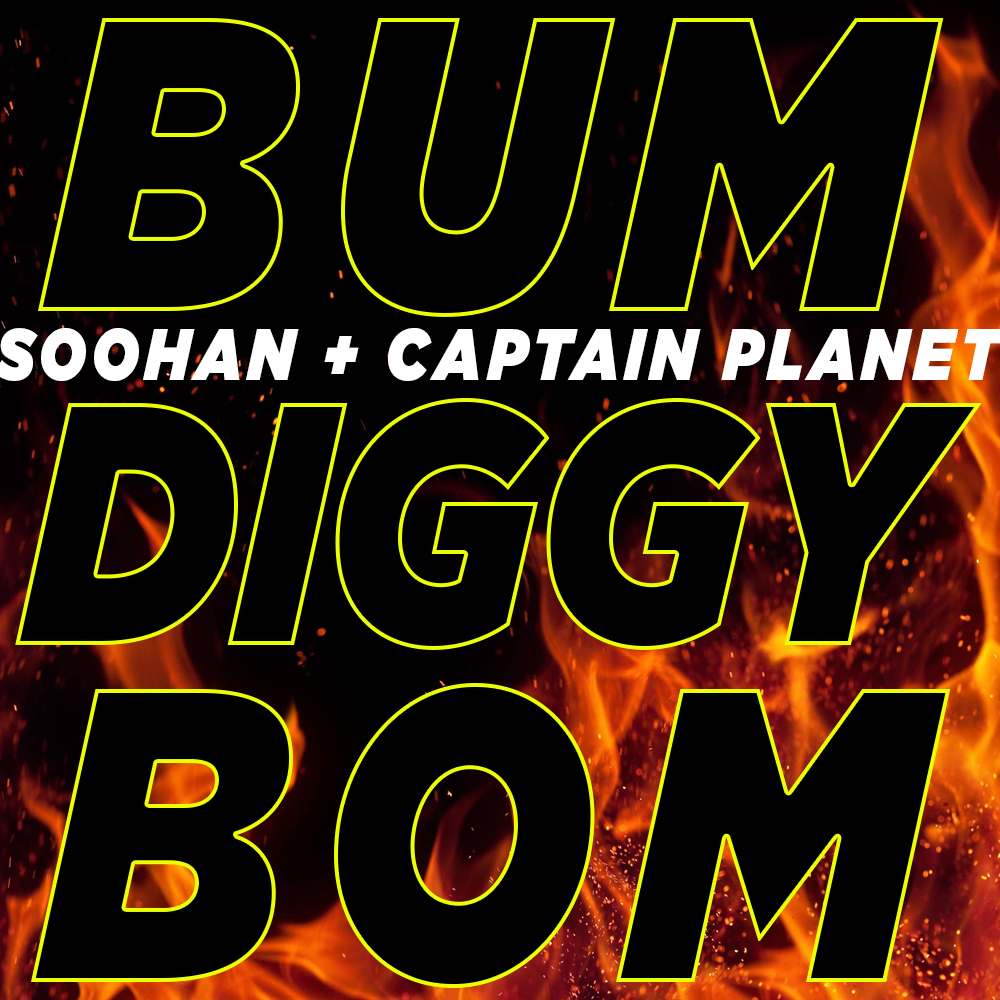 Brand new banger alert!!! Inspired by a B2B afterhours set together a while back, I joined forces with SOOHAN (who I originally met at a warehouse party in Baltimore about 10 years back) to cook up this heavy grimey late night bass jammy. Something a lil different that what I usually do, but damn if it isn’t fun to drop this one in a set. We wanted to share this one before Halloween so you can have something fresh for your local freak fest. FREE DOWNLOAD from the soundcloud page, go grab it and bump loudly! ✌️ 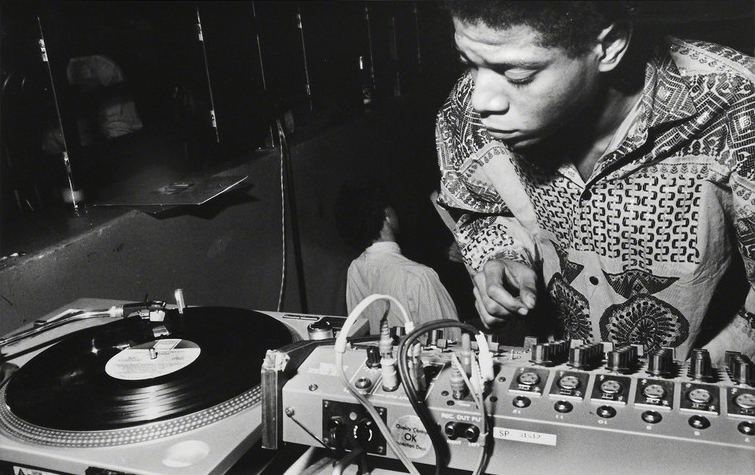 It’s been hard to pull my mind away from the political madness that has placed an aggressive, violent, sexual predator in a position to hold one of the highest moral & ethical positions in the country, possibly serving and making decisions that will drastically affect us Americans for potentially decades… but somehow I maintain hope. I believe in the transformational power of heroes and real bravery like I witnessed in Dr. Blasey Ford last week, and that is the light that I’m focussing on while picturing the future world that my baby daughter will inhabit. I know none of you come to this site for politics, but that’s the truth of where my head and heart have been at. Of course, as always, it’s also music that I turn to to keep me on track. Basslines and hi hats and chord stabs remind me that, forever, in times of darkness, we find ways to dance and celebrate and defy the countless reasons that tell us to throw in the towel and dig our heads in the dirt instead. So without further ado, please enjoy this selection of funky-ass disco-fied gems, some of which a young Basquiat may have placed on the platter during his set at Area in ’84 as captured above by Ben Buchanan.

Also, for those of you in the Southern California area, I’ll be doin the damn thing myself just South of the  border on the beach in Baja, Mexico this upcoming weekend at Wakoia festival– tickets & hotel are cheap and it should be loads of fun! 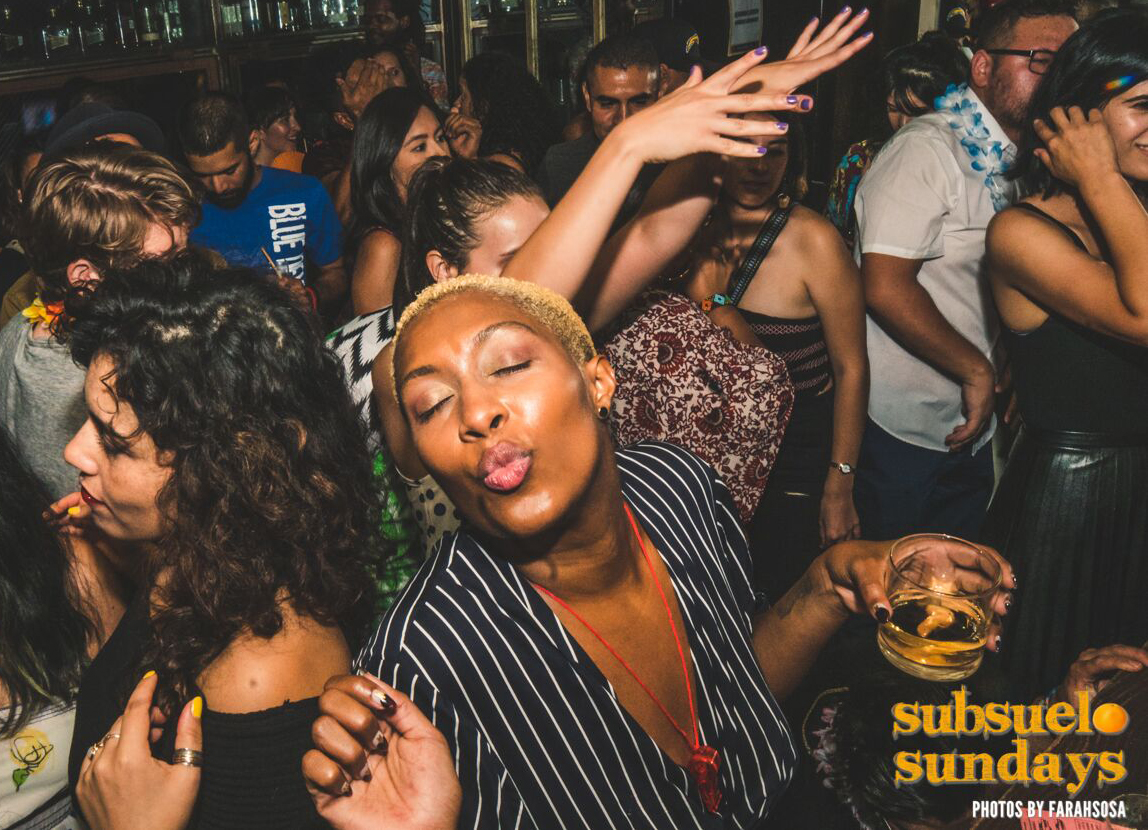 All Summer long my Subsuelo homies have been throwing down weekly Sunday soirees at Caña Rum Bar in downtown LA. The spot is tiny, but the place gets packed every week without fail from 3 til 9 (til 2am on bank holidays), and the vibes are always super high! This past weekend was my turn to curate the DJs, and I called upon a super talented list of friends to come through. It was a big success, and I want to extend HUGE thanks to Xandão, Brooklyn Shanti, Ericalandia, Sumohair, and DJ NADI who all killed it! Also biggups to the dancers and party people who make it what it is. In the immediate aftermath I asked Nadi to put together some gems from his set to bless this site once again- including one of his own new mashups which often set off the crowd during my own sets. You can check more pics from the talented Farahstop right here. Without further ado, words from the man himself: