And The Kitchen Sink 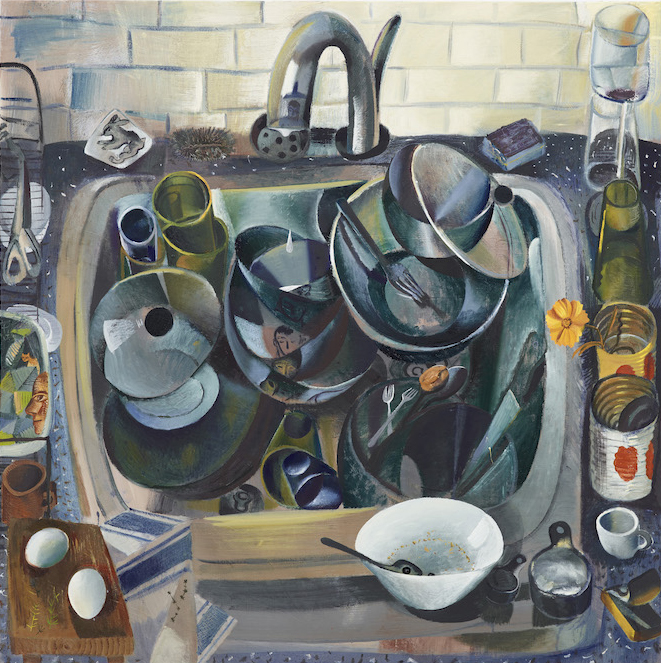 Since I last checked in, we had coast to coast celebrating in the streets, on a scale even larger than what I witnessed when Obama became the first Black US president back in 2008. This of course has been quickly followed by the sour taste of sore loser-dom mixed with communal pandemic fatigue and the general realization that there is no quick fix for the monstrous challenges we face right now. But I’m a lot less anxious than I was a month ago, that is for sure. And at least a teaspoon of my faith in humanity has been restored. Then there’s the news of an effective vaccine on the horizon, and my daydreams of Summer 2021 quickly began to run wild with visions of massive dance parties and the possibility that I could maybe fly across the country and hug my dad. Anyway, there’s a lot on my personal plate, and I’m guessing that it’s going around. Felt like an appropriate moment to drop a motherload of top shelf disco funk gems, sprinkled with some new vibes from MTR regulars like Rhye, Quantic, Moonboots, Mr President, and an absolute stunner by The Avalanches ft. Leon Bridges. Classics old and new, let the boogie fest ensue. Also, all you fans of modern art should familiarize yourselves with the masterful painting of youngblood Louis Fratino, whose work is featured above. This guy’s got the touch! 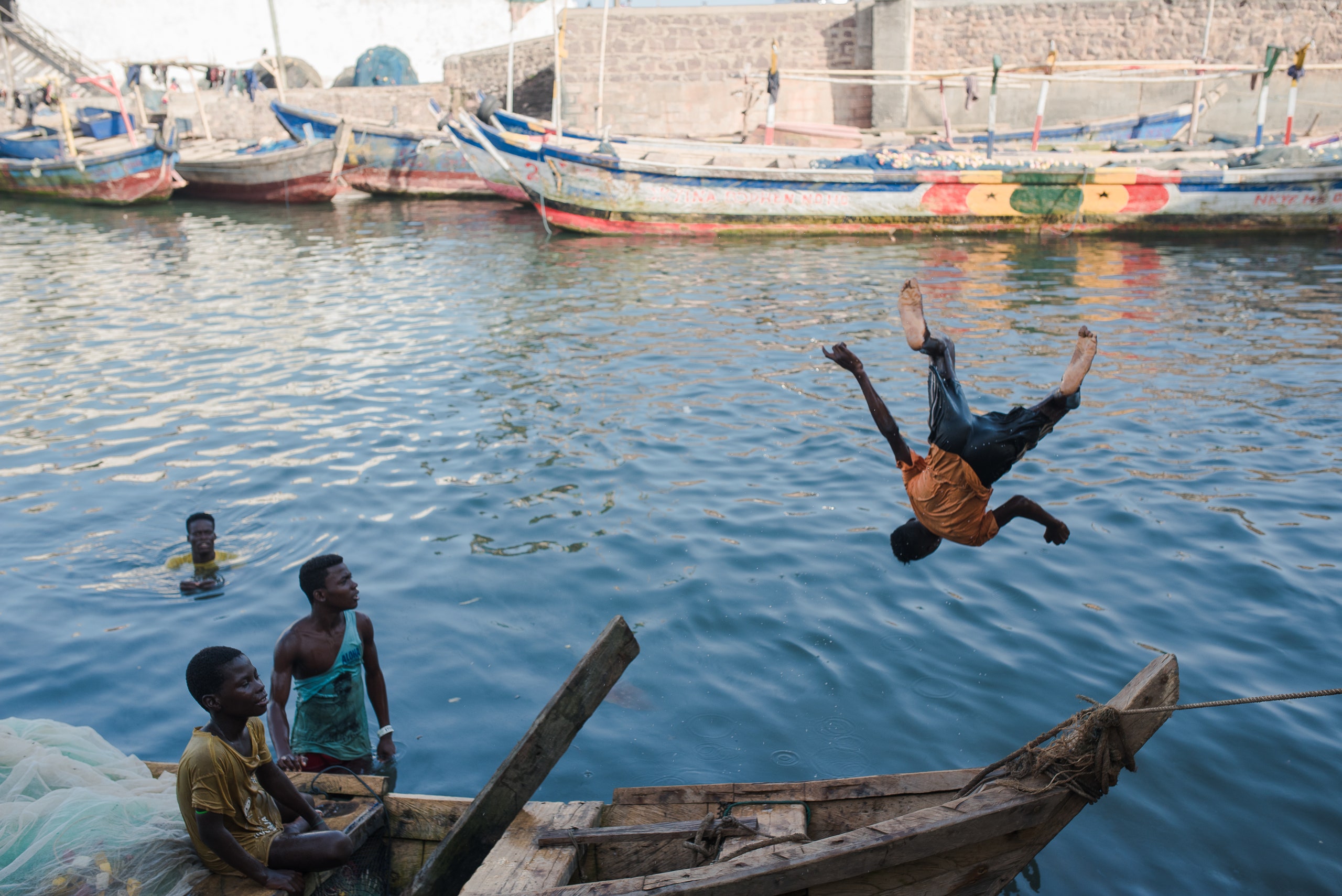 Here we go y’all… just 2 weeks til we kick this complete disaster trainwreck of a President all the way back to the grade D reality TV slums where he belongs. If you are an American – VOTE VOTE VOTE VOTE. Shout it out loud and make sure your Grammy and long lost uncle do too. This is not a joke. I’m feeling optimistic, but it could also be the powerful vibes of these songs that’s hitting me too. And that’s why, as always, I feel inclined to share and spread the uplifting wealth. Global goodies from near and far to help you get up, help you get down, help you chill out, and fuel the fire that will keep you marching in the streets if need be. For more eye candy with a side order of brain buzz, check out the super talented Araba Ankuma (featured above). PEACE 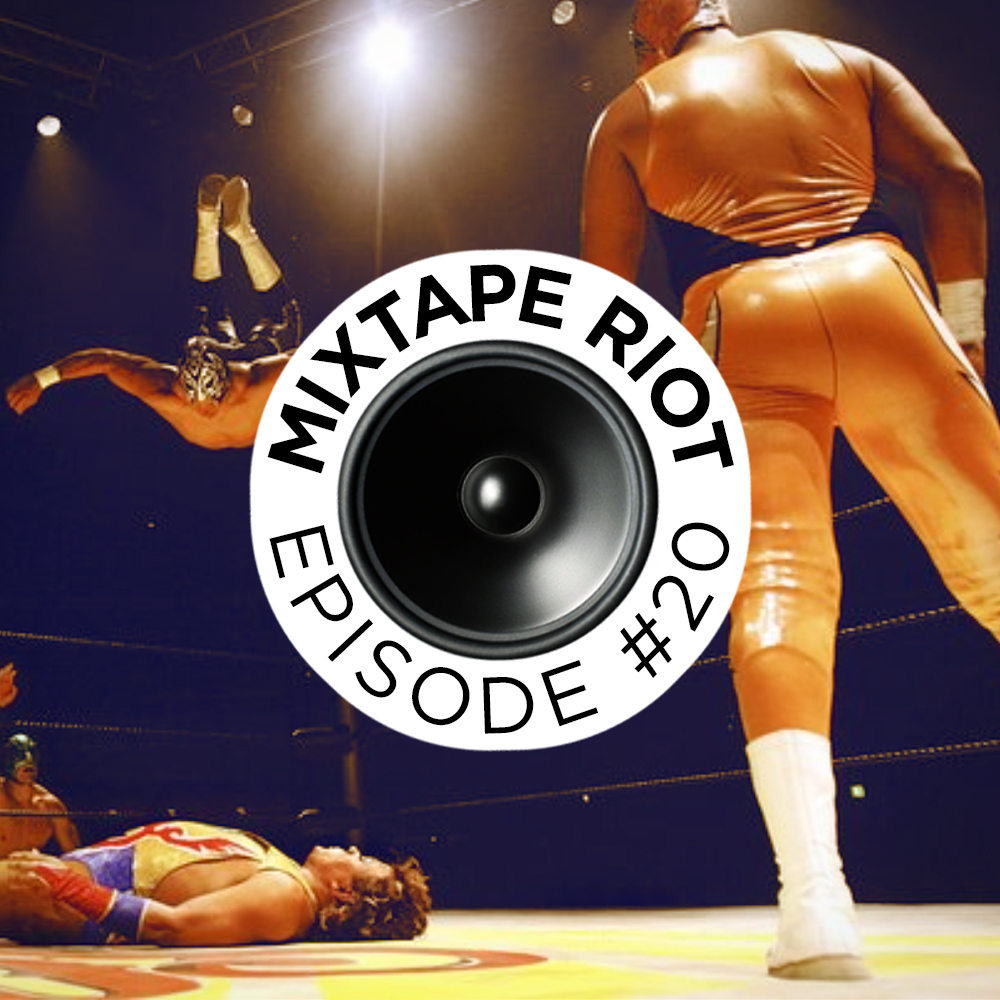 Another mix for you all today, highlighting a bunch of tracks that have made their way onto this site in the past couple of months, plus a couple newbies, all blended together into a smooth 60 minute journey through sound. Plus, you get to hear me ramble on the mic for a few minutes at each end. My goal, as usual, is to improve your mood along the way. Let me know if I hit the mark for you. Full tracklist and download of the mix is available on the Brooklyn Radio page, where my show is hosted. And if you missed the past 19 episodes, check those out while you’re there. Stay safe, stay healthy, stay positive and stay connected my friends!

Midnight In A Perfect World Mix 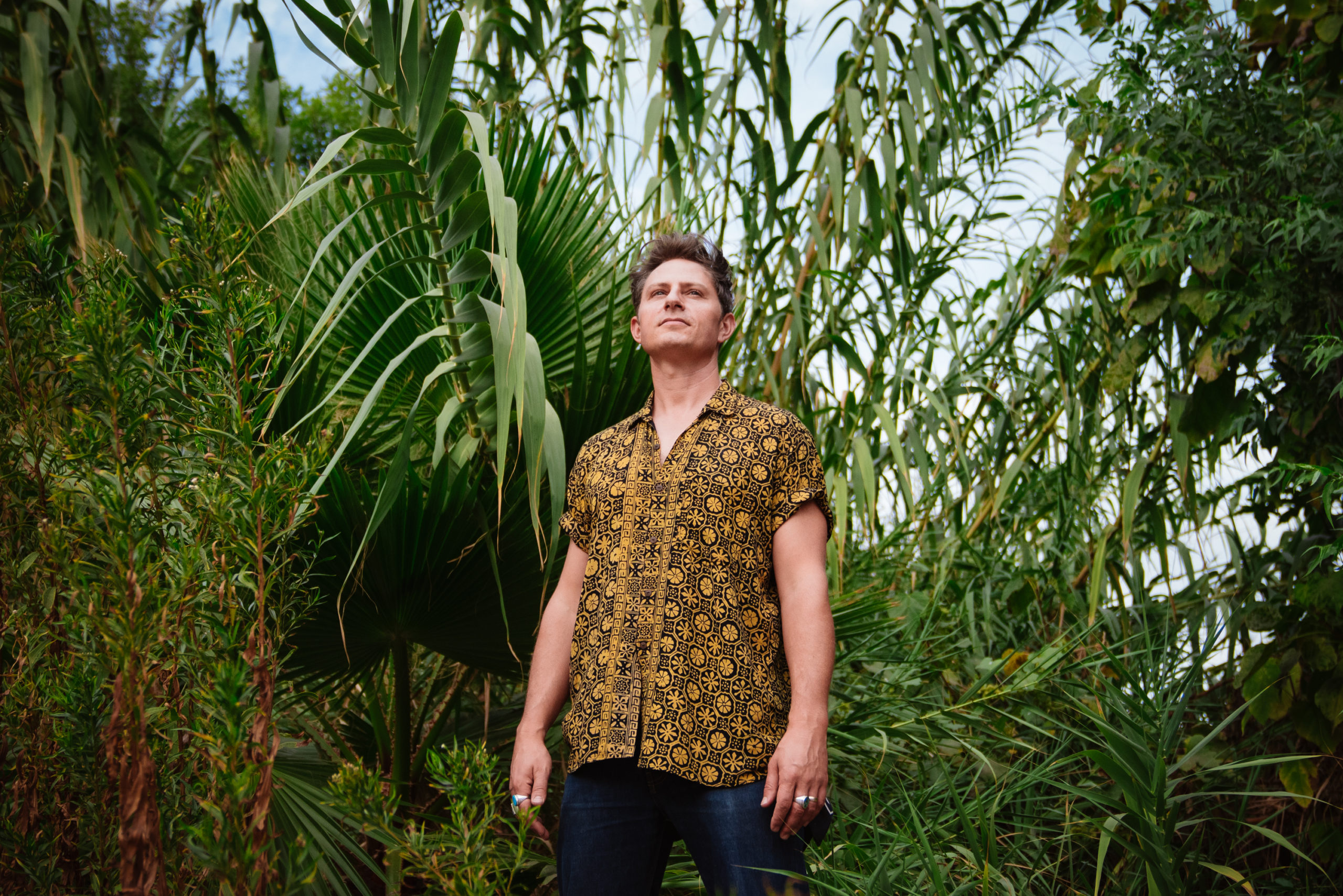 While we may be living in something far far removed from a perfect world right now, it’s important to never forget our vision of what that world would look like- and SOUND LIKE. When KEXP (one of the coolest radio stations in the US) reached out about having me put together a mix for their famed late night guest DJ series, I was thrilled. This gave me the opportunity to put together some very special songs that don’t normally make it into my higher energy DJ sets. Sure, the tempo does come up and some heavy bass gets dropped as the sonic journey progresses, but the focus of this one was really to explore a more abstract and trippy world of sounds. Press play and allow yourself to check out of this modern dystopia for 60 minutes at least. You can find the full tracklist on the KEXP page here. Photo credit for the pic goes to my talented friend Farah Sosa. 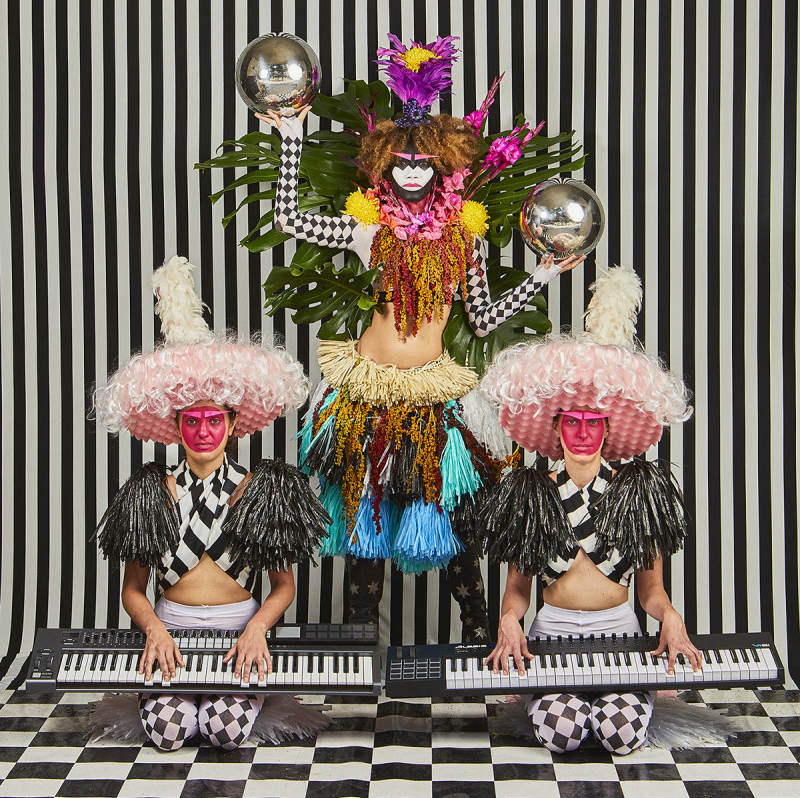 Last week we lost 2 absolute legends- Toots Hibbert & Ruth Bader Ginsburg. Toots was one of a handful of standout artists that really shaped my early obsessive listening habits around age 14- my band in high school even performed covers of “54-47” & “Funky Kingston” with me on drums! Several of his songs and melodies remain all-time favorites that I always find myself singing on walks with the kids or long car rides. His melodies have enough hook to catch a whale, and the rough scratchiness of his voice (coupled with his insanely energetic live performances, which I was lucky enough to catch several times) brought a unique funk and soul element to reggae that seemed like a direct link to the godfather James Brown. His song “Bam Bam” is the embodiment of timeless earworm- being reworked by Yellowman & then Sister Nancy (in on of hip hop’s most frequently sampled sources) as well as the Chaka Demus & Pliers version which helped solidify the dembow riddim as one of the global backbones in popular music. Then there was the news that Ruth Bader Ginsburg (aka the Notorious RBG) had passed. This incredibly strong, fierce, moral force of nature was doing her damndest to live long enough to avoid opening a seat for Trump to fill, fighting cancer and incredible odds with sheer will. Finally it was her time. The void she leaves open, in one of the most lasting positions of our government, has me terrified, but in this moment at least, I just want to thank her for her selfless service. Toots too, cheers to the light you both shared! I’ve got some visual inspiration above from fellow global soul Orly Anan, she has plenty more to feast your eyes on too. Stay up my friends! 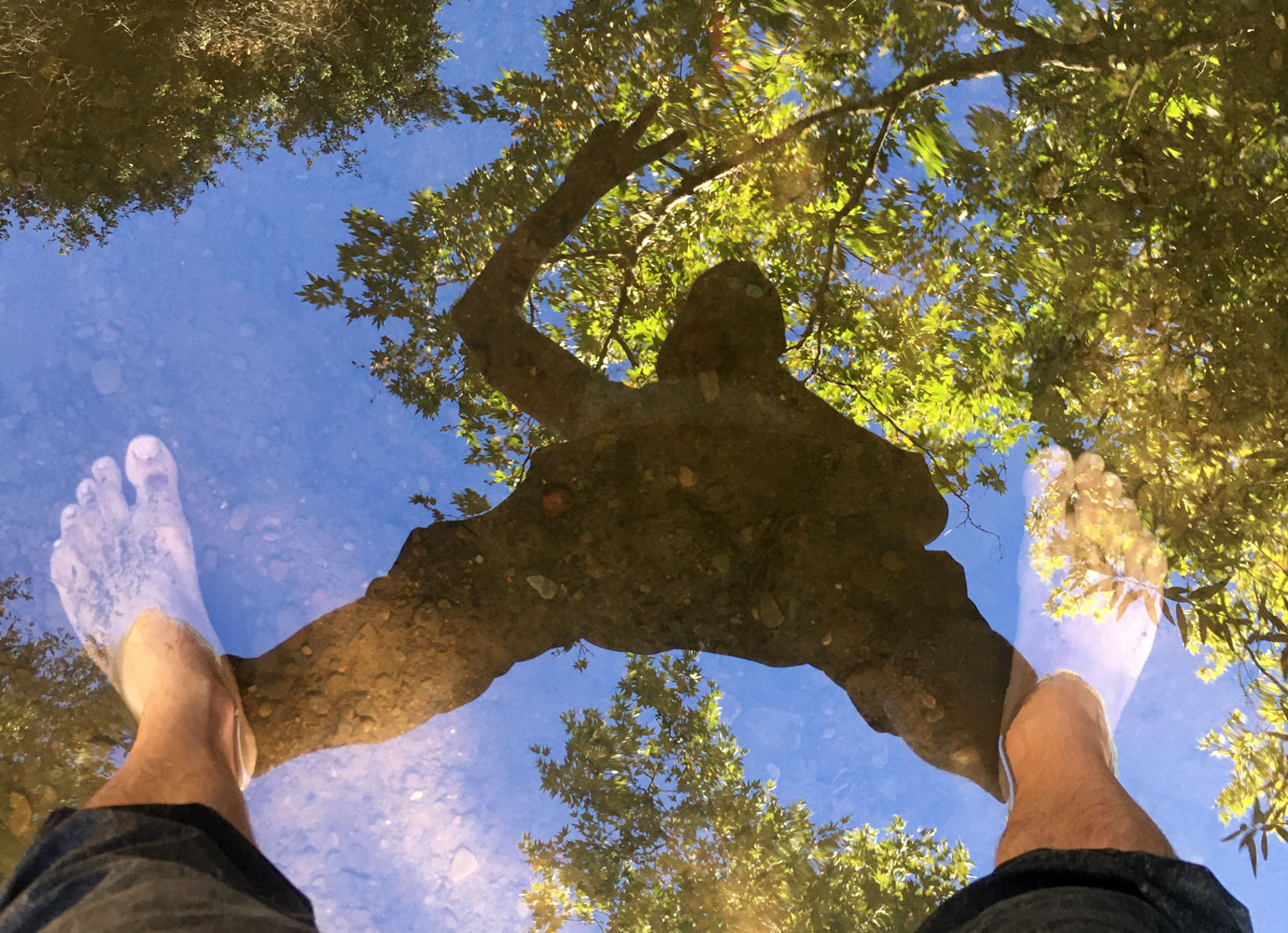 Going with the flow does not necessarily mean being complicit. It means finding your way forward despite the obstacles, eroding stones and entire mountains to accommodate your movement. We have lots of work and growth to do. There’s a major reckoning underway- an uprising, a collective questioning and expansion of consciousness. Dire straits and uncertainty will do that to people. I’m all for it. Past due. Let’s keep the good music turned up loud while we make our way. Sounds that know no bounds as per usual. Heaters from around the world, various points in time, and a pretty wide range of genres. Maybe it’s hard for some people to make sense of the connections, but aren’t the best things in life always a bit challenging? I hope you all are staying up, staying positive, staying connected to friends and fam and all that brings you joy.